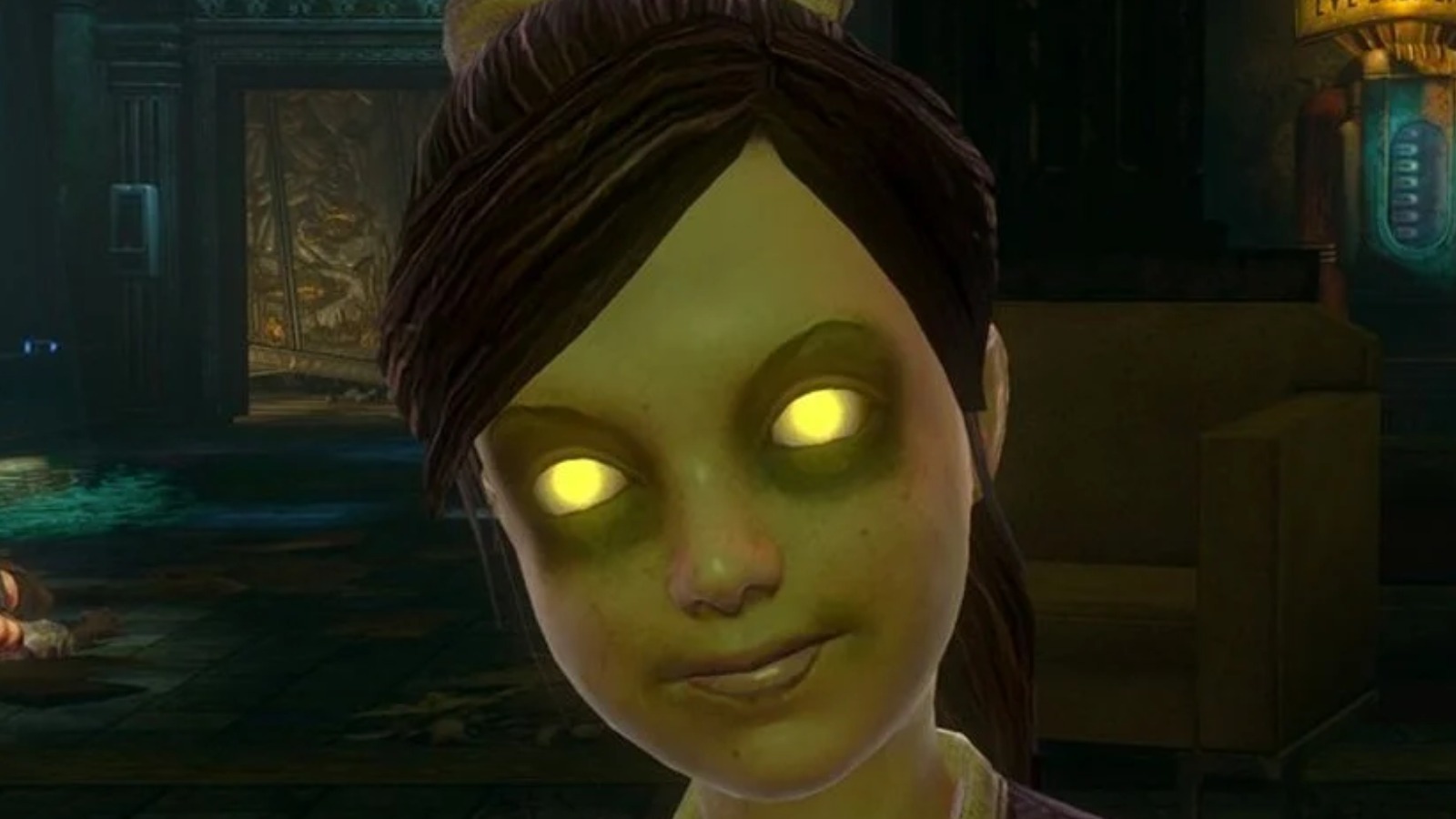 The Breaking the Mold Official Art Book (pp. 34-42) contains several early concepts for the Little Sisters, who considered Irrational and 2K Games before settling on the bright-eyed kids in the game. One of the variants that was closer to the final version was much more zombie-like. Their hair is patchy in the pictures, their skin wrinkled and covered in sores, and they carry larger, industrial-looking needles to harvest ADAM. Another humanoid option shows a squat person in a hazmat suit carrying what looks like a gas pump attached to a bottle on their back.

Then there are some robot shots. The first iteration features metal girls dressed in dresses with heads modeled after an old-fashioned steel microphone, joints made of leather bellows, and eyes made of glass bulbs with visible heat coils. This version of the Little Sisters appeared in the BioShock2 expansion Minerva’s Den as McClendon Robotics’ failed attempt to replace the Little Sisters with an alternative that was both more ethical and easier to manufacture. The other robot looks more like a makeshift toy. It has a tin can for its body, buttons for its eyes, and a corkscrew for its hand, giving it real “Puppet Master” vibes.

An Irrational Games Legacy website called GhostStoryGames.com also shared an image of a supposedly under consideration design for a malnourished Doberman in a wheelchair.