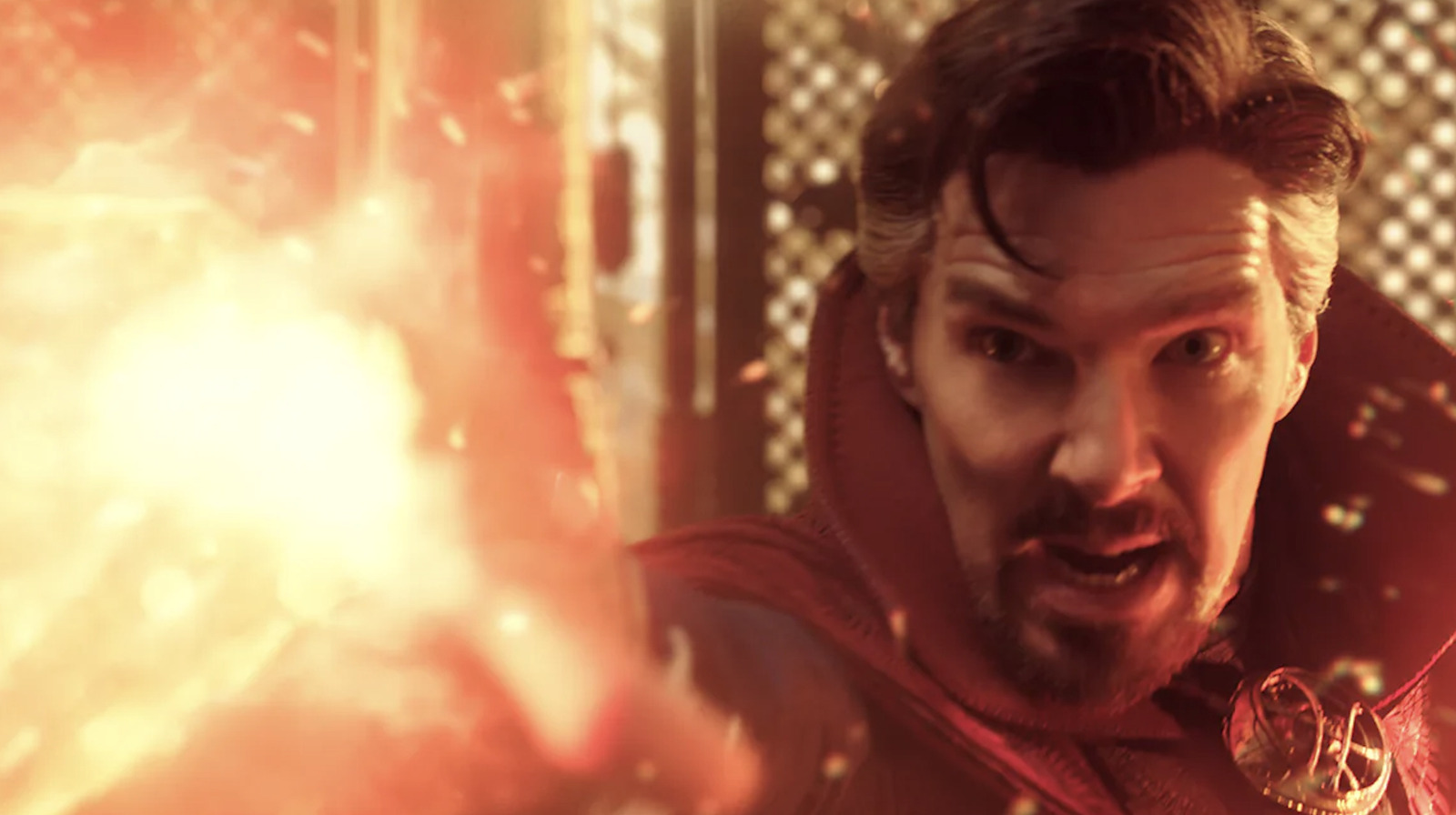 All of Raimi’s hallmarks (perfected in his Evil Dead movies and others like Darkman) are there, and just as creative in serving even a story as big and popcorn-fueled as this blockbuster. There are undead creatures, zooming cameras on slamming doors, eyeball shots galore, the obligatory (and rather brilliantly self-referential) Bruce Campbell cameo, and all sorts of inventive shots organically required as Strange tumbles through multiverse (one is animated, one is futuristic , another in wet paint) or Wanda is trapped in a prison full of mirrors. The film can be genuinely terrifying at times, not least because Wanda feels like Robert Patrick in ‘Terminator 2’: unstoppable, relentless, inescapable.

What this framework ultimately constructs is a brain-wrecking experience, in the best possible way. As Wanda and Strange chase each other from one universe to the next, anything goes with America as MacGuffin. A main character with far-reaching implications for the MCU can show up and explain a completely different scenario in their reality where an alternate Strange did something different and why it worked or didn’t. A main character can be killed with no real reason to worry – remember they just died in Universe 838, not our Universe 616. That can be exhilarating (could Strange find a universe where he ends up with Christine?) or frightening (if Wanda is doing this to get to her children, what will she do to the Wanda of this universe?).

The actors are clearly having a lot of fun with these ideas, and how could they not? Imagine being told that you will be a zombie today, an evil version of yourself tomorrow, and flashback to a younger, naïve person the day after. Some people look down on Marvel movies and say they’re mindless blockbusters; It’s amazing to think that anyone could and couldn’t see Elizabeth Olsen’s character arc from Avengers: Age of Ultron through Civil War, the Infinity War/Endgame movies, WandaVision and now in Multiverse of Madness Appreciate the depth and complexity of the character (and the performer). The same goes for Cumberbatch, who in just six years took the strange, distant Strange from the comics and turned him into possibly the most popular (still alive) Avenger without a name, Spider-Man. The fact that we’ve also taken this journey only makes moments — like when Wanda’s kids pull away from her in fear and she insists, “I’m not a monster!” — all the more effective.