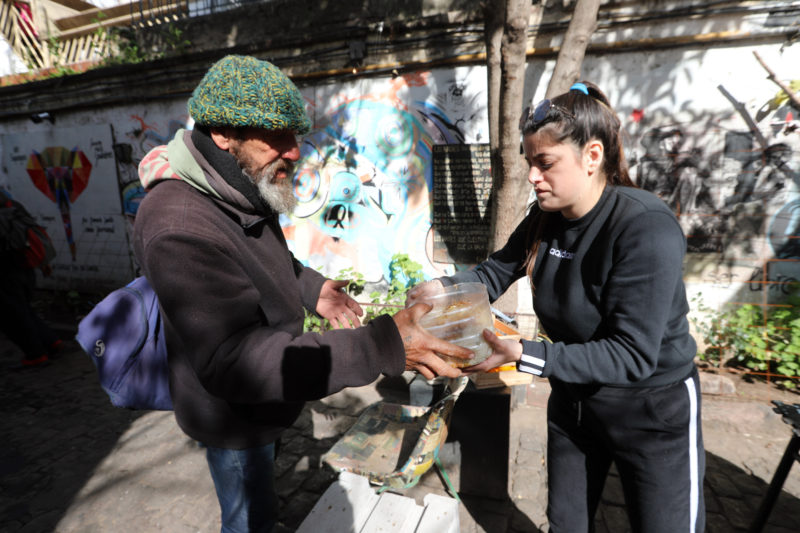 In many parts of the world, prices are currently rising rapidly. Hardly any other country has experienced as much inflation as Argentina.

The inflation rate in the South American country has now risen to 71 percent.

People there try to mitigate the effects of inflation by switching to hire purchases, foreign exchange transactions and real assets.

Argentina’s new economy minister has a clear goal. “One of the central themes of my term of office will be the fight against inflation,” said Sergio Massa shortly after his swearing-in. His predecessor held the difficult position for almost a month, and now Massa wants to turn things around. “We must act decisively against inflation because it is the biggest poverty factory in this country. We in Argentina are suffering and the world is suffering.”

The inflation rate in the South American country has now risen to 71 percent. In July alone, prices rose by 7.4 percent compared to the previous month, as the Office for Statistics (INDEC) announced on Thursday. That is almost as much as in Germany for the whole year. The left-wing government of President Alberto Fernandez announced that it would freeze prices and wages for two months in consultation with employers and unions in order to slow down the rapid depreciation of the currency.

Living only on dividends at 45: David Frank in the Money Mindset Podcast

The war in Ukraine, the disruption of supply chains and high government spending to recover from the Corona crisis are fueling inflation in Argentina as in the rest of the world. But much of the problem is domestic: the central bank is constantly printing new money to cover the budget deficit. The expansion of the money supply lowers the value of the peso.

While massive inflation is something new to people in most countries, Argentines are true inflation experts. In the past 50 years, prices in the country have rarely been stable. In the late 1980s, inflation rose to a staggering 3,000 percent. Annual inflation has been over 30 percent since 2018. Analysts expect inflation to hover around 90 percent by the end of the year.

To keep up with rising prices, wages and salaries in Argentina are increased every six months – most recently by around 25 percent per semester. However, wage growth often lags behind inflation and workers experience a loss of purchasing power. In a once rich country, 37.3 percent of the population are now considered poor.

According to this financial expert, this is the biggest investment mistake investors make during inflation

Is it possible to pay in installments when shopping in the supermarket?

Over time, however, Argentina has developed a number of strategies to minimize the effects of inflation: as credit gets smaller over time due to the devaluation of the peso, customers can pay for many products longer. extend time. As long as possible. Especially with large purchases, installment payments without interest are often offered, which actually represents a depreciation. But even when shopping for groceries in the supermarket, cashiers keep asking if you want to spread the payment over several installments.

Nevertheless, persistent price increases are causing great uncertainty. Economist Dante Avaro recently said on the radio: “Both small businesses and large corporations do not know at what price to buy and sell their products.” Prices are increased monthly, but there are often large price differences between different stores. Constant comparisons and the search for special offers are part of everyday life for many Argentines.

Inflation remains at 7.5 percent, but experts fear a price increase in the fall – that’s why Lindner wants to limit child benefits and taxes

It is estimated that Argentina has over $200 billion in cash

However, Argentina’s main tool in the fight against inflation is the dollar. Since inflation eats up savings in pesos in no time, Argentina invests any additional pesos in dollars. In no other country in the world outside of the United States are there so many dollar bills in circulation as in Argentina. It is estimated that Argentina has over $200 billion in cash. It accounts for 10 percent of all dollar bills in circulation worldwide – and 20 percent of all dollars outside the United States.

Since Argentina has hardly any dollar reserves left, Argentina is only allowed to buy 200 dollars a month at the official exchange rate of 140 pesos. The dollar is worth more than twice as much on the black market. In the city of Buenos Aires, money changers lure customers into so-called “cuevas” (caves) to exchange pesos for dollars. In the beautiful suburbs of the capital, black market traders distribute dollars free of charge via WhatsApp after price negotiations.

On the other hand, more and more people in slums are leaving the money economy and turning back to barter. They meet in clubs or in the open air and trade diapers for clothing and building materials used for food. A flight to real assets at the lower end of the income scale.