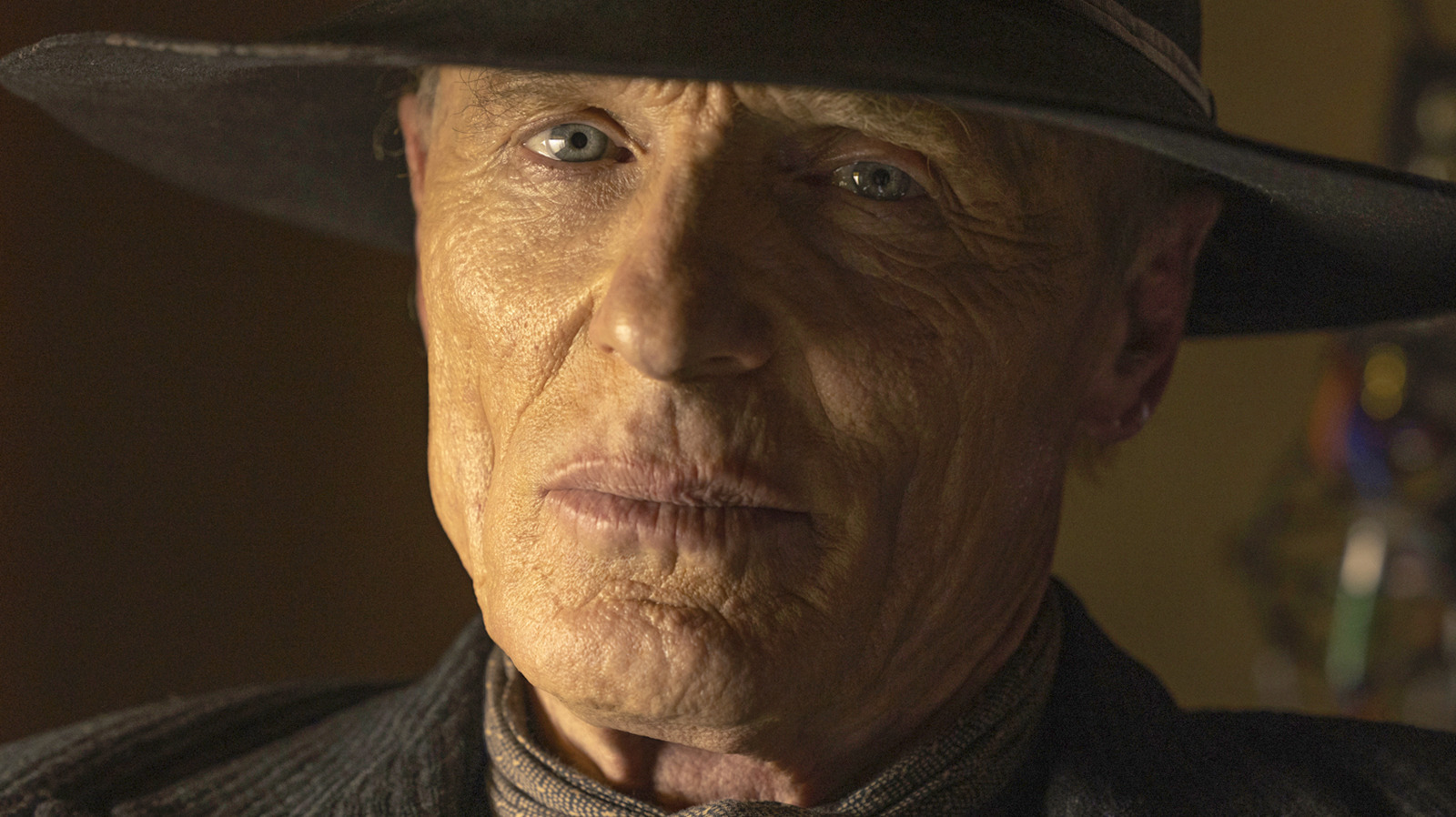 At this point, Williams’ efforts to revive his park tourism business are met with government intervention. Jim Navarro (Josh Randall), a Justice Department counterterrorism agent, visits Delos headquarters, but Clementine – now William’s main aide – turns him away. Meanwhile, taking up her newest body, the less bloodthirsty iteration of Dolores is now walking past Christina and doing her best to live a normal human life. she has a roommate, Maya (Ariana DeBose), and a job writing background characters for video games. Still haunted by the suicide of Peter Myers (Aaron Stanford) in Season 4 Episode 1, Christina passes a man on the street who raves about music coming from a tower that only he and the birds can hear. Moments later, she sees several dead pigeons in front of her office building and decides to skip work for the day.

As she delves deeper into Peter’s life, the Vice President of the United States (José Zúñiga) and two Secret Service agents pay William a visit at his private golf course. As he watches William sink three consecutive holes-in-one with his weak half-swing, the VP begins to realize that he is no longer dealing with an ordinary man. Shortly thereafter, William kills him with a blow to the head while Clementine dispatches his bodyguards. Just before hitting the nation’s proxy with his 6-iron, William quotes Hemingway as saying, “The world breaks everyone, and only then do we grow strong in the broken places.”