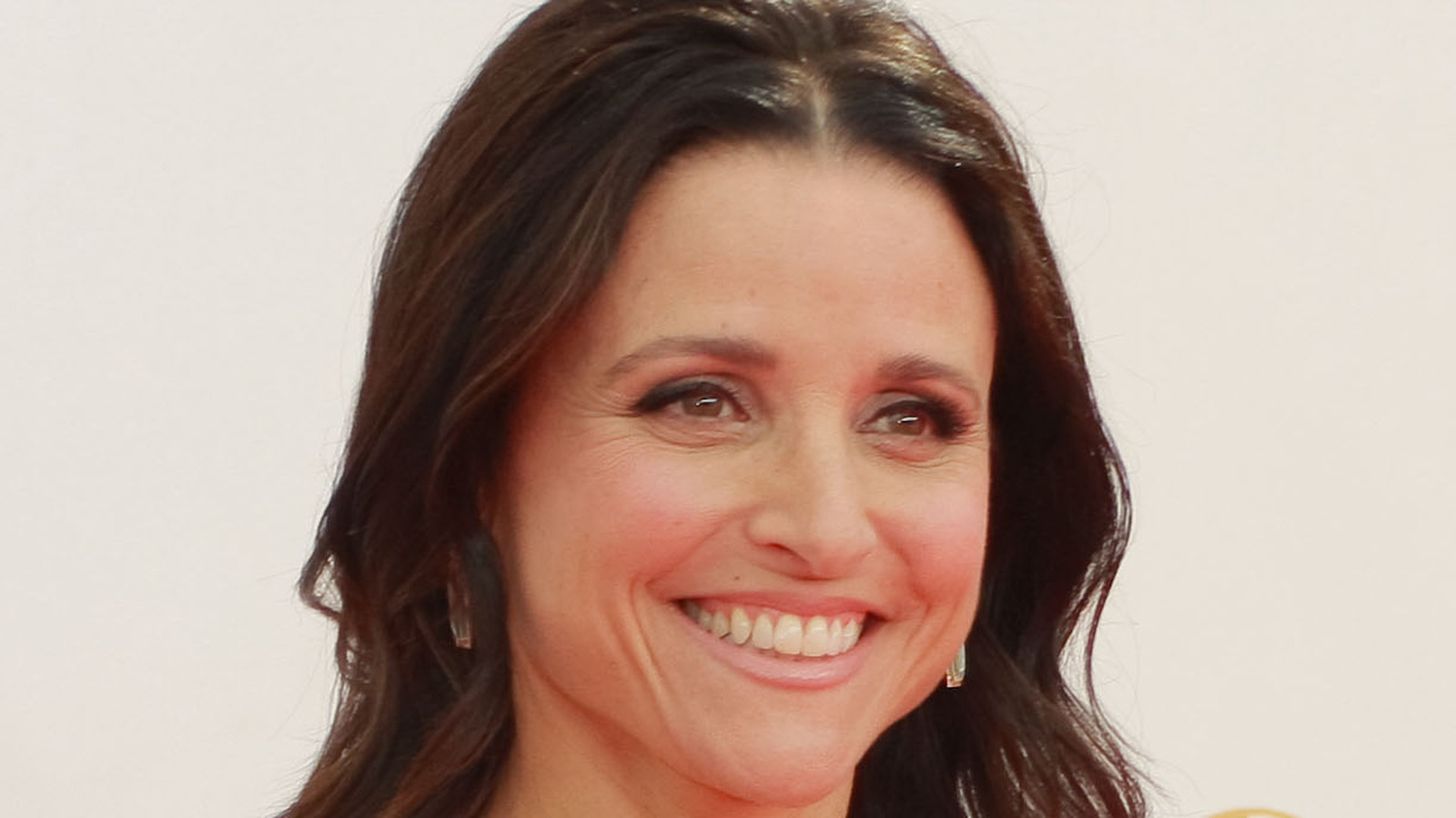 During an episode of Jerry Seinfeld’s Comedians in Cars Getting Coffee series, Julia Louis-Dreyfus drove with her longtime boyfriend and former co-star in a 1964 Aston Martin DB5 for a cup of joe. The two began to reminisce about “Seinfeld” and its characters as they drove around Los Angeles, and Louis-Dreyfus told Seinfeld about an old joke he’d suggested to her once while they were making “Seinfeld.”

When Louis-Dreyfus was five months pregnant, the show was in the process of filming, and Seinfeld suggested that she write her pregnancy for the season, creating a storyline where several episodes would mention Elaine getting really fat. At the time, Louis-Dreyfus reacted to this suggestion with strong emotions. On “Comedians in Cars Getting Coffee,” she recalled being in tears at the suggestion. “And what have I done? Burst into tears,” Louis-Dreyfus told Seinfeld. “Automatically. It was like a death sentence. I have to say two things about that. First, you have no interpersonal communication skills. Second, it was a great idea and we should have been a great story.”

While the joke may seem cruel at first glance, the style of humor that unfolds in “Seinfeld” and the dynamic between the characters makes the series feel like the perfect showcase for it.