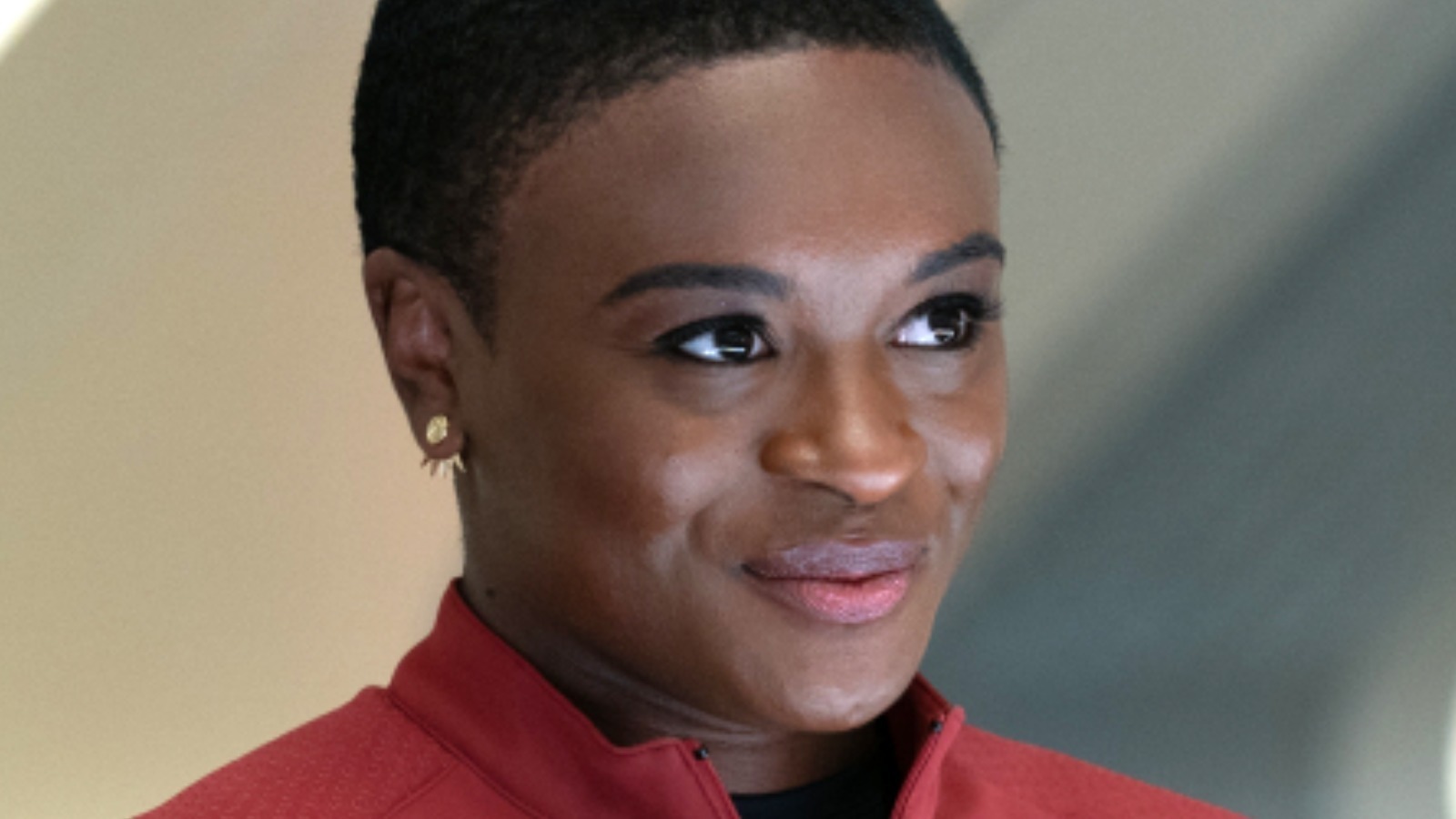 In the first episode of Star Trek: Strange New Worlds, Captain Christopher Pike and the crew of the USS Enterprise must infiltrate a planet called Kiley 279 to rescue Rebecca Romijn’s captive Una Chin-Riley aka Number One. During the mission, the show’s central crew is forced to incapacitate two on-planet scientists and beam them over to the Enterprise so that Pike and co. can effectively pass as members of Kiley 279’s native species. Unfortunately, this plan almost goes haywire when one of the scientists wakes up and takes a break.

The scientist ends up in the same turbolift as Celia Rose Gooding’s Uhura, who uses her knowledge of Kiley 279’s culture to befriend him. It’s a moment that not only prepares the scientist to be recaptured and calmed down, but also proves just how genius and intelligent Uhura is. On the official Strange New Worlds subreddit, a Redditor even shed some light on the scene, admitting that this was the moment they felt in love with Gooding’s take on Uhura.

In response to the original post, u/shiki88 wrote, “This scene did almost more to establish her as a super competent communications officer than anything else [‘The Original Series’], [‘Star Trek: The Motion Picture’]and [the Kelvin timeline films].” In the same thread, u/esonlinji noted, “I loved how she resolved the situation by talking and learning so much about her culture.” Meanwhile, u/neontetra1548 similarly remarked, “That scene was so nice and so enjoyable Surprise! Great ‘Trek’ message combined with character material for Uhura to show how prepared she is [how] great at her job [she is].”