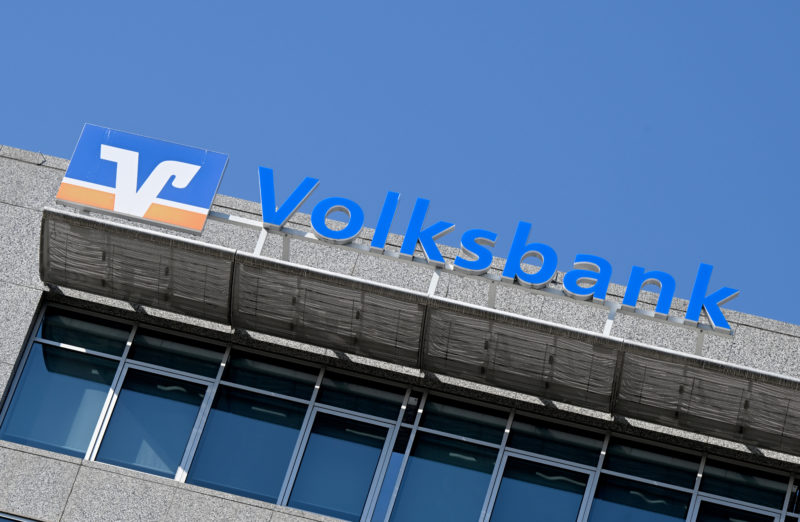 Many of the 17 Volksbanks adjust their conditions to the interest rate changes of the ECB. Image combination/DPA | Bernd Weibrod

The ECB promises interest rate hikes and some banks are already reacting. For some, negative interest has been completely abolished, while others are massively increasing the allowances.

A total of 18 banks have already initiated an internal turnaround on interest rates. A particularly large number of them are the Volksbank and the Raiffeisenbank.

Should you switch banks now to avoid negative interest rates? Probably not as other banks will follow suit in the near future.

The European Central Bank (ECB) wants to end the period of negative interest rates. Last Thursday she announced that she wanted to raise the key interest rate in two interest rate tranches. The deposit rate, at which banks can lend money to each other, could rise from -0.5 percent to 0.0 percent by September.

The announcement made waves and prompted Deutsche Bank, among others, to raise its negative interest rate by 0.25 percentage points – so it’s not that far yet. With 50,000 euros in the account, you only pay -0.25 percent custody fee.

Another well-known bank, Direct Bank ING, seemed confident the move would come even before the ECB promised a rate hike. They had already announced that they would increase the tax exemption. For this, a deposit fee of only 500,000 euros is charged on the account – which should free most customers from negative interest.

A total of 18 banks have so far announced interest rate hikes or a substantial increase in tax allowances. This was the result of an evaluation by VeriVox, a comparison portal for Business Insiders. For some, the new conditions apply immediately, for others from July 1st.

Three tips on how best to save when interest rates change, says one financial expert

It is surprising that many Volksbanks are improving the conditions for their customers. This is partly due to the strong competition between them – which also includes the savings banks.

Economist Marcus Demry from the IW Economic Institute in Cologne knows that savings banks and cooperative banks are dependent on their customers’ deposits due to their business model. “Competition here is so intense that once an institution raises interest rates on their accounts, most of them comply within a matter of days,” he told Business Insider.

Anyone who has been plagued by negative interest rates in recent years and is now looking at this table – possibly without their house bank – should now think about revising their house bank. Why not switch to an organization that has responded quickly and adapted to the customer’s conditions?

No more whispers: Rumors of a recession are rife in Washington