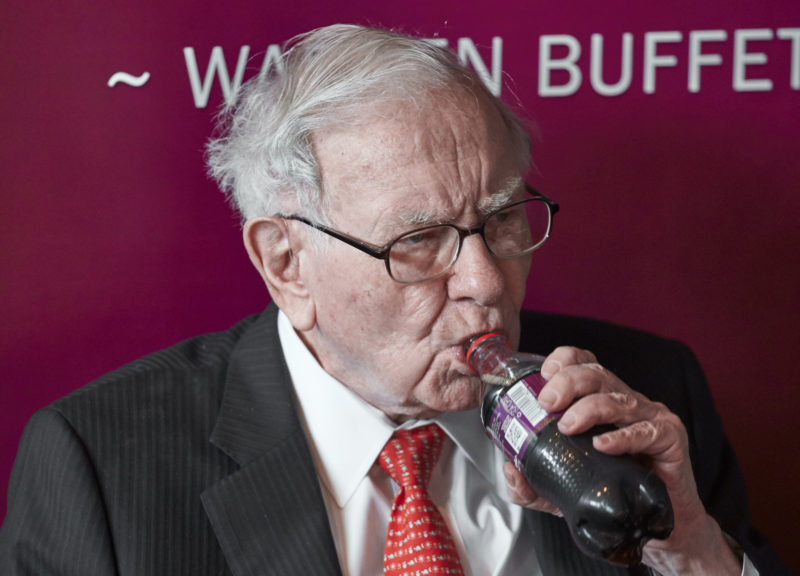 Veteran investor Warren Buffett has been auctioning lunches with himself for 20 years. Fans paid up to $4.5 million for two hours with their idol.

The auction will again take place on eBay this year; Last time though. The current price is 3 million euros.

But where does the 91-year-old, known for his fondness for fast food, take his guests? Business Insider visited the restaurant in 2017.

Getting to know the great investor Warren Buffett personally: Many investors and entrepreneurs dream of that. With a decent budget, this dream can also come true. Star Investor has been conducting lunchtime auctions with them for over twenty years. The auction is currently taking place on eBay. Highlight of this year: It should be the last lunch of this kind.

The prices for the perfect lunch have steadily increased. In 2000, financial manager Pete Budlong bought it at a bargain price of $25,000. Auctions in 2003 raised $250,000. The last lunch cost before the Corona crisis in 2019 was 4.5 million US dollars. But this year’s lunch will be the last.

It remains to be seen whether the record price will be reached as a result. As of today (June 15), the top bid is $3 million. But the auction is still running for two days and has already received eight bids. As in previous years, proceeds from the campaign will go to the charity Glide, which primarily serves the homeless in the Bay Area.

In addition to several anonymous bidders, the winners often included American investors such as David Einhorn and a large number of entrepreneurs from China, Hong Kong and Singapore. The last high bidder was Chinese blockchain entrepreneur Justin Sun. However, he could not convince the declared crypto critic Buffett of his business model. The lunch was eventually canceled, ostensibly because the Chinese Communist Party had protested.

Warren Buffett is known for his simple cooking preferences

$10,000, stocks and chocolates: what Warren Buffett is giving friends and family for Christmas

But the food can also be worthwhile. Ted Weschler, who ran for Lunch for two consecutive years from 2010 to 2011, was appointed Berkshire’s chief investment officer by Buffett the following year. Other winners reported that most of the lunches were unrelated to business. Star Investor has never shared investment tips. Most political and personal matters are discussed in this approximately two-hour meeting.

But the million-dollar lunch isn’t just a Big Mac and fries. Lunch has been served at a New York steakhouse for years. A steak with a side and an appetizer costs about $100. A proud price for average earners, still modest for the hundredfold billionaire Buffett. But the price of groceries is included in the multi-million purchase price anyway: Everything is at home.

Business Insider visited the restaurant in 2017 and ordered Buffett’s favorite dishes there.

The benefit lunch will be held at Smith & Wolensky’s, a New York steakhouse in Manhattan, between Rockefeller Center and the Empire State Building.

Steak sauce is prepared live on the table

The restaurant is famous for its steaks. Buffett reportedly orders the 900g Colorado Rib Eye with spinach and hash browns most often.

“The second mouse gets cheese”: These are the best quotes from this year’s shareholder letter from Warren Buffett