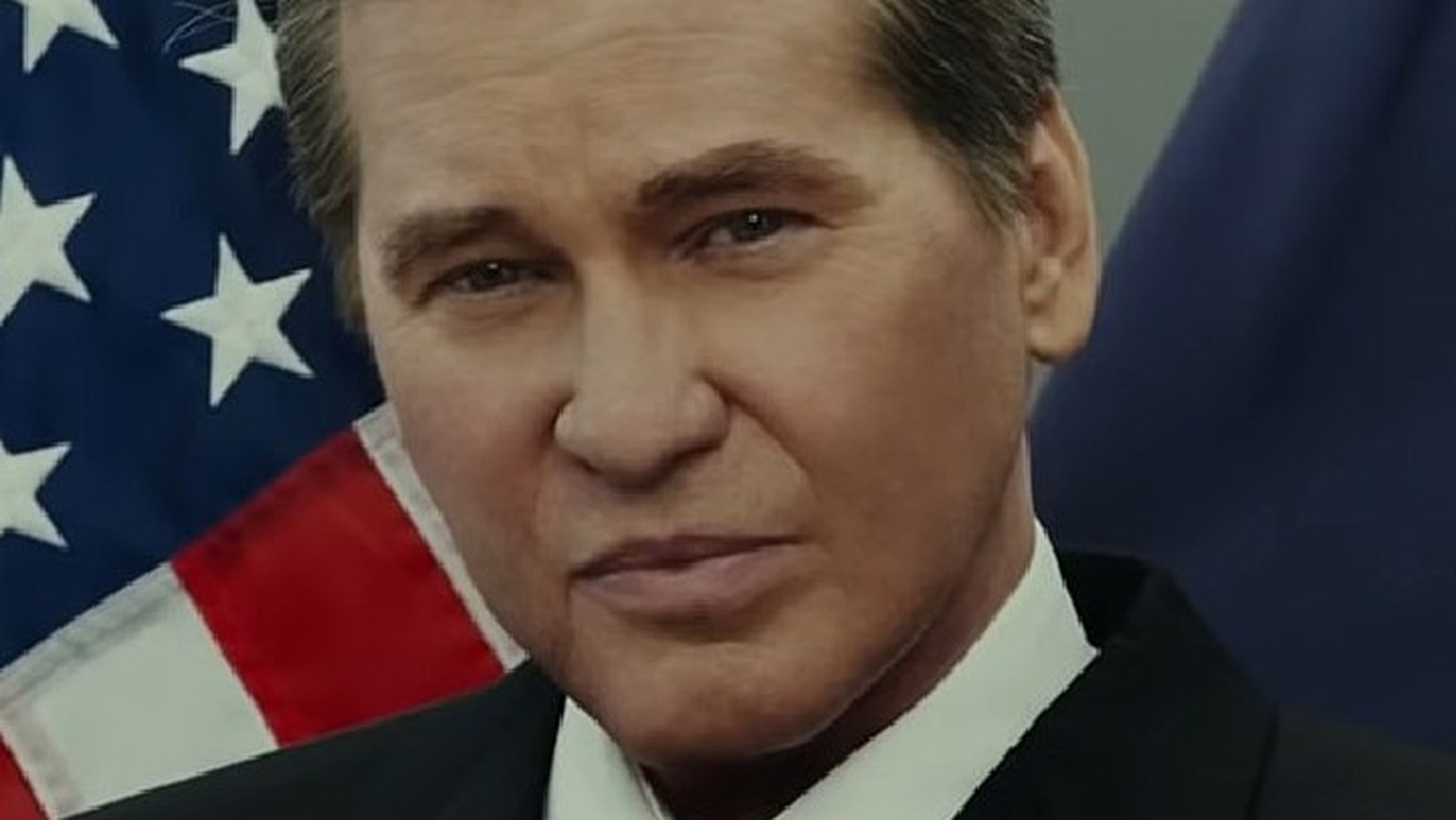 Val Kilmer’s participation in Top Gun: Maverick was not a given. Although the actor wanted to join the film (via Yahoo), his recent health issues — including a throat cancer diagnosis seven years ago that limited his ability to speak (via People) — could have ruled out that possibility.

Once Kilmer was finally able to participate, the next step was to find a way to make sense of Iceman’s appearance in the film. “It was very important, and the most important thing was, how do you sum up a 36-year friendship that really only lasted 30 seconds at the end of the first film?” said writer-producer Christopher McQuarrie. “How do you tell this whole story over the course of the film with so little time?”

Justin Marks added that it took five different writers and many drafts of the script to figure out how Iceman got into the film. “I don’t know who it was that finally figured out the best way to do it,” he explained. “The version you see on screen is a real credit to the group. I was stunned when I saw what they were doing.”

For Glen Powell, who plays TOPGUN’s recruited Hangman, a brief encounter with Kilmer just as Powell had completed his scenes sums up the veteran actor’s importance to the film. “I left San Diego and I was in the elevator with Val,” Powell recalled. “The only things left on the baggage cart were protein powder, weights and tequila. When he saw that, he said, ‘That’s Top Gun. That’s ‘Top Gun’ right there.” He added, “It was such a special moment. I’m so glad we have Val in this film because he’s just an extraordinary human being.”

Top Gun: Maverick opens exclusively in theaters on May 27th.